How to make SpringBoot + AngularJS applications run on a single port? 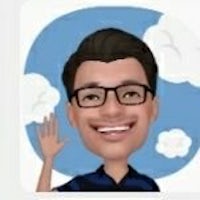 Subscribe to my newsletter and never miss my upcoming articles

It is a common practice to use Springboot for developing backend REST APIs and JS frameworks like Angular, React, etc are used for developing front-end applications. These are essentially two different applications that talk to each other using REST APIs.

It's very flexible for a backend developer to not worry about what's going with front end application as long as a mutual API contract is figured out. Everything runs smoothly if both the developers stick to their agreed-upon API contracts.

Let's consider the below situation of a library application where both are hosted separately.

When you do this, you won't be able to use relative paths to the backend APIs also you may have to enable CORS policy as the requests are coming from a different domain. Also, if the application is relatively small, it is easier to deploy it as a single application.

Now, to achieve running both applications on same node, all you have to is to add a WebConfig file that routes any requests that aren't listed in Spring controllers route to index.html of frontend which well then take care of routing. In simple terms, you are basically making Springboot say, "Hey Angular! I am not aware of this route. Please, take care of this". Now, similar to Spring Controller classes, Angular has routing too which will route the request accordingly!

Also, make sure your AngularJS build artifacts are created at resources folder of SpringBoot by setting the outputDir path in angular.json as shown below

Next step would be to build your AngularJS application as part of mvn so that you can get both applications as a jar file.

Now, when you run,

You can access both front end and back end at